You are here: Home / Archives for Healing Arts

“I can feel the spirits.  When I was listening to prayers before bedtime last night one spirit gathered itself and seemed like it was trying to leave through my mouth.  I’m not sure if it can leave by itself or where it would go.”

Direct the earthbound soul, “Go upwards to God. God is all-loving and forgiving. He will help.”

Be kind but firm with such entities. These are people without a physical body who got stuck in the energy field of another person. They are suffering and making you suffer. Most of the time they want to leave but do not know how and where to.

Tell them that staying with you is NOT AN OPTION. Ask for Divine help, it always comes. Direct them out our your body into the Light.

A White Light meditation is very powerful for spirit releasement.

You have a collection of crystals and you do not know what to do with them? We will teach you crystal handling techniques and what you can do with them.

“I had flash if understanding that a part of me is stuck in my ex’s body. I feel uncomfortable and uneasy. It is that a soul fragment left my body? Can I get it back properly, successfully and permanently?” 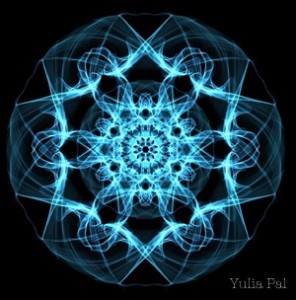 Akashic Records reading shows that the Soul Fragmentation condition is present in almost everyone.

Normally, it is about 2-5%. People having soul fragmentation exceeding 15% are usually very traumatized individuals with multiple physical and psychological issues.

It leaves the aura permanently damaged, and this damage cannot be repaired with a normal general aura clearing.

The physical body parts corresponding to the missing soul fragments will have a lowered physical function since birth.

A person can also hold within his system soul fragments of other people. These have to be returned to so-called ‘mother souls’.

Therefore, an important step in healing will be to remove the soul fragmentation condition.

How to recover your soul fragments?

You can use the following affirmation:

In the name of God,

I call on the Light!

I call on the Rescue Teams of Light.

I request your help in gathering all scattered fragments of my soul, mind and body on all levels, throughout all time and space.

I request you to gather them, clean, heal, fill them with light and integrate them properly into my being.

With thanks, so be it!

When you affirm so, you may have a momentary experience that something just bounced back into your body.

You may also want to send back or remove any parts that are not yours. Soul fragments that are stuck in your body or captured by you consciously or unconsciously will always restrict or limit you in many ways.

To the Rescue Teams of Light!

I request you to remove any parts which are not mine completely and permanently from my body and heal the affected areas.

With thanks, so be it!

An article published in India Business Law Journal on 4 February 2014:

Delhi High Court has held that exclusive rights over yoga and pranic exercises, which are derivatives of ancient techniques of yoga in India, are not legally sustainable. No one can be given copyright or trademark over pranic healing asanas and other yoga techniques, as they are not original literary works or dramatic works under the Copyright Act, 1957, and are not capable of distinctiveness under the Trademarks Act, 1999. END_OF_DOCUMENT_TOKEN_TO_BE_REPLACED

A psychic attack can be intentional or unintentional. The latter is most common.

An example of unintentional psychic attack is evil eye (buri nazar). A person who is under the influence of his own negative thoughts and emotions (anger, hatred, jealousy, lust, etc.) may unintentionally send a negative thought (clothed by strong emotions) to another person, that penetrates and damages the aura or the energy body of the recipient and creates an energy leak and the point of entry for additional negative energies and other subtle phenomena.

Some of the signs of an unintentional psychic attack are:

The intentional psychic attack is, by definition, is done intentionally by the person who knows how to do it. It’s a form of black magic.

Its strength varies depending upon the mental powers of the person and the intensity of his emotions.

A professional black magic is a more serious ‘business’. It is done by a black magician ‘on order’ or otherwise, by using various ‘technologies’.

For the negative psychic energies to penetrate and lodge themselves in the subtle body of a person, he has to be susceptible to them – either karmically or through the defects in his character or by harboring negative thoughts and emotions.

Removal of the consequences of psychic attack

A session of energy healing will do good by way of clearing and repairing the aura. Salt water baths will also be helpful.

In fact, the energy body will repair itself in a matter of few day. A healthy lifestyle during this period is advisable. This includes:

Some signs of an intentional psychic attack and black magic attack are:

Removal of the consequences of intentional black magic should be done by a professional. First, the fact of psychic attack has to be confirmed by taking the client’s history and by psychic analysis.

On the etheric level, black magic energies are felt as something extremely unpleasant, nausea-inducing.

It such cases a “do-it-yourself” approach may be dangerous to the person as well as for his near and dear ones.

What you as a victim of intentional psychic attack can do is to:

Lastly, in any form of psychic attack avoid any fear, anger or desire to revenge. These emotions are not only unproductive, but they are outright dangerous for they make you more receptive to the attack. Stay calm and grounded, forgive and release the perpetrator unto God (it is necessary if you want to be healed) and wait for this phase to pass. During this period keep a low profile and do not start any major undertakings.

When a healer stressed, they cannot heal. They may be overwhelmed by emotions, especially if their near and dear ones are involved, or by the gravity of the situation, or by the responsibility of producing immediate results, or by numerous requests for urgent help combined with the lack of time.

Stress causes a healing failure – a healer is unable to heal. A sort of mental and energy paralysis sets in, and the greater is the pressure, the more severe is the shut down of all healing channels.

In this stressed state turn to your Inner Sanctuary* for help. No matter how stressed you are on a conscious level, your energy mind is always ready to come to your rescue, to offer you new ideas. There is always a place of serenity and quietude reserved for you in your Sanctuary. There is always a path to your Ultra Height and invisible helpers ready to take you there.

Below is the pattern from the Project Sanctuary which unfolded when the stressed healer turned to her energy mind for help.

Any form of blessing, or metta meditation, is deeply therapeutic.

Master Choa writes about this:

“When you transform despair into hope, and doubt into faith, you find that even in difficult situations, you are filled with great strength. Transforming Darkness into Light and Sadness into Joy fills you internally with Light and with inner joy.

When you seek to console, you are filled with light, love and power instead of wallowing in your own selfish misery and pain.” (Beyond the Mind – Golden Lotus Sutras, Master Choa Kok Sui.)

The following beautiful meditation is given by a great Christian mystic and healer Dr. Stylianos Atteshlis a.k.a. Daskalos.

Healing is an ancient art that has been practised in all world cultures from time immemorial. There is no monopoly over energy healing. It is known under different names but its essence is the same because all these systems are based on the Laws of Nature.

There are several distinctive types of energy healing:

But it’s not all! The following methods are also energy healing:

Almost all healing systems are based on two universal approaches – clearing negative energies from the affected area (and/or the whole body) and charging it with Life Force.

Quote of the Day: “How long before people get their heads around the fact that not all problems human beings experience are physical in origin, and therefore cannot be treated by physical/chemical means?

How long before energy healing becomes the first choice, being cheap, pain free, simple and you know right away if it works or not, rather than the last choice, after a veritable fortune has been spent on everything else under the sun and the client has suffered often for years without any improvement or hope for the future?

Energy healing isn’t mysterious, and all manner of human problems that are deemed to be “all in their heads” or “just psychosomatic” are simply energy body related and can be quickly and successfully treated with energy healing. It’s so simple! There is nothing spooky about energy healing.

It is high time that energy healing should take its rightful place in the treatment of people’s problems, simply, logically, and easily.” (Silvia Hartmann)

It has a cooling, stimulating and revitalizing effect. It also aids concentration and memory. Parasite repellent.

Apply few drops of Peppermint essential oil on the back of the head and back of the neck.

To a spray bottle add 2 cups of Neem water (boil Neem leaves and let it cool down) and 20 drops of Peppermint Essential Oil. Spray onto your pet (avoid sensitive areas).

You can use this preparation (Neem water with Peppermint essential oil) on a tick bite wound, after removing the tick to soothe the skin irritation.